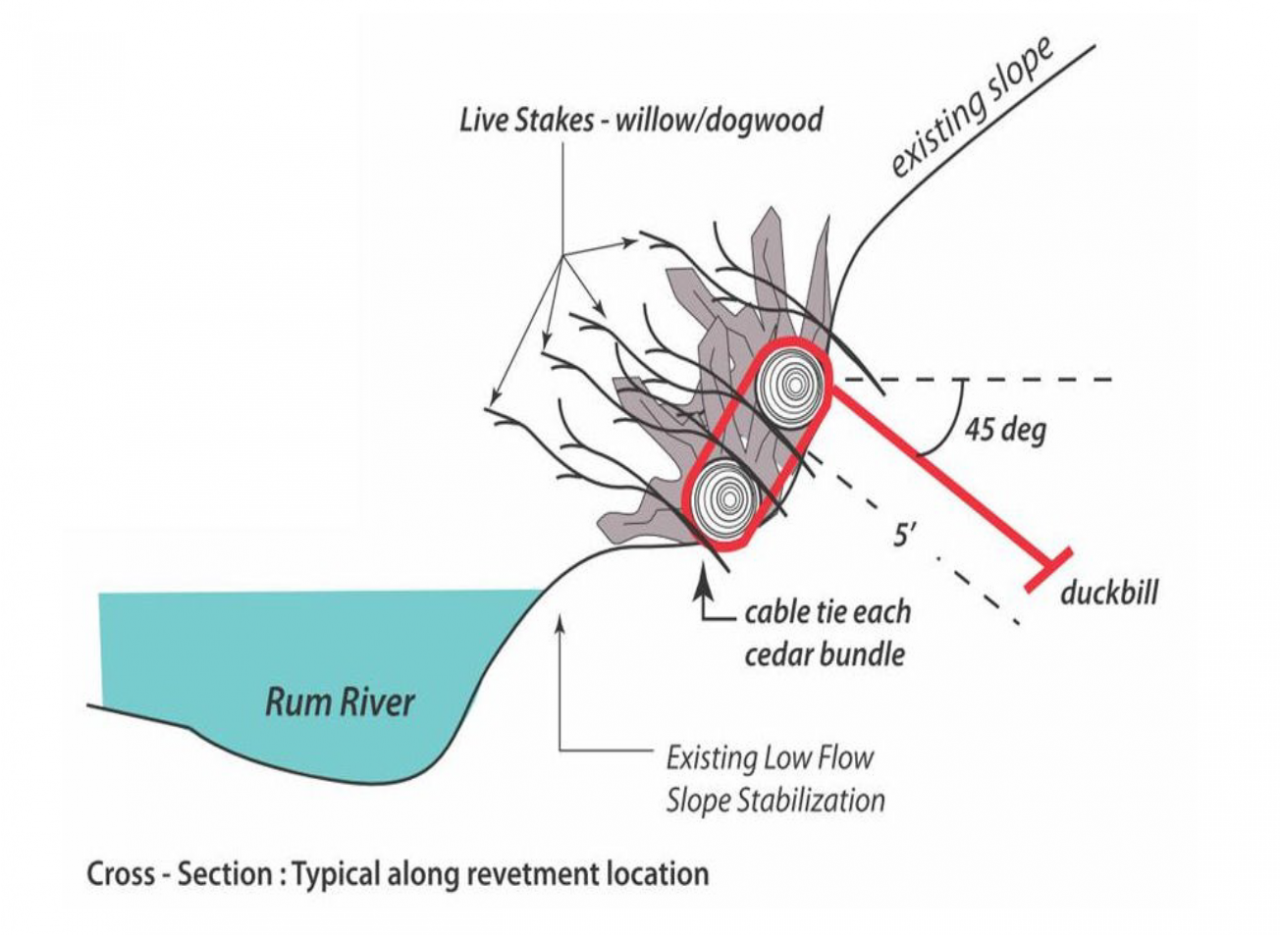 Cedar tree revetments are a cost-effective bioengineering practice that can be used to stabilize actively eroding riverbanks. This spring, staff from the Army Corps of Engineers (USACE) visited several cedar revetment projects that ACD had installed between 2002 and 2016. The two staff from the USACE had been traveling to several states to review what is working and what is not working when it comes to cedar revetment projects. They are hoping to use the information to publish technical notes and/or peer reviewed literature.

They were very impressed by the effectiveness of ACD's revetments, even the very old ones. They attribute this effectiveness to the removal of the back branches. They had not seen this technique in any other state they had visited. Most cedar revetment failures studied, seemed to come from the trees moving/floating during high water and scour behind the trees causing more erosion. They also saw many trees that snapped in half, which was potentially from the stress of so much movement. They are planning to highlight the technique of removing the back branches in any published literature.

Almost all of ACD's revetments visited were still in place. Most had stopped, or greatly decreased erosion at the toe but did not fill in with sediment. The most common failure was broken wire that held the tree to the duckbill anchor. In most of these cases, the trees did not move a lot from where they were originally placed. The breakage seemed to be caused by rust.