ACD thanks Steve Laitinen for his service on our board of supervisors since 2016. Steve's term ends at the end of 2020. His passion for natural resources management has been an asset and contributed to numerous projects.

Steve has represented District I. This area includes Anoka, Coon Rapids, Nowthen, Oak Grove, Ramsey and St. Francis. It also includes several natural resources, such as the Rum River, that are of particular importance to Steve and the residents he represents.

Steve's passion for the Rum River is particularly apparent in his work at the ACD. Within Anoka County, he has sought collaborative water quality efforts as our liaison to the Upper and Lower Rum River Watershed Management Organizations. Beyond Anoka County, he has been ACD's representative on the Policy Committee for the Rum River One Watershed, One Plan (1W1P). That Policy Committee consists of elected officials from 18 counties, SWCDs and watershed organizations from Lake Mille Lacs to Anoka.

During Steve's leadership, ACD has prolifically completed projects for the Rum River. Accomplishments include 31 riverbank stabilizations and six projects that treat stormwater that previously drained untreated to the Rum River. ACD will continue or increase this pace with recently secured grants for over $1.5M in riverbank stabilizations, stormwater treatment, public outreach, and other projects.

"I'd describe Steve as engaged and helpful," says Jamie Schurbon, ACD's Watershed Projects Manager. "As an example, Steve often has arrived to board meetings early, then used the time to come to my office to chat about projects. He wasn't 'checking up' on me, but rather was 'checking in' so that he could make informed decisions in his role."

We wish Steve all the best in his next community service endeavors! 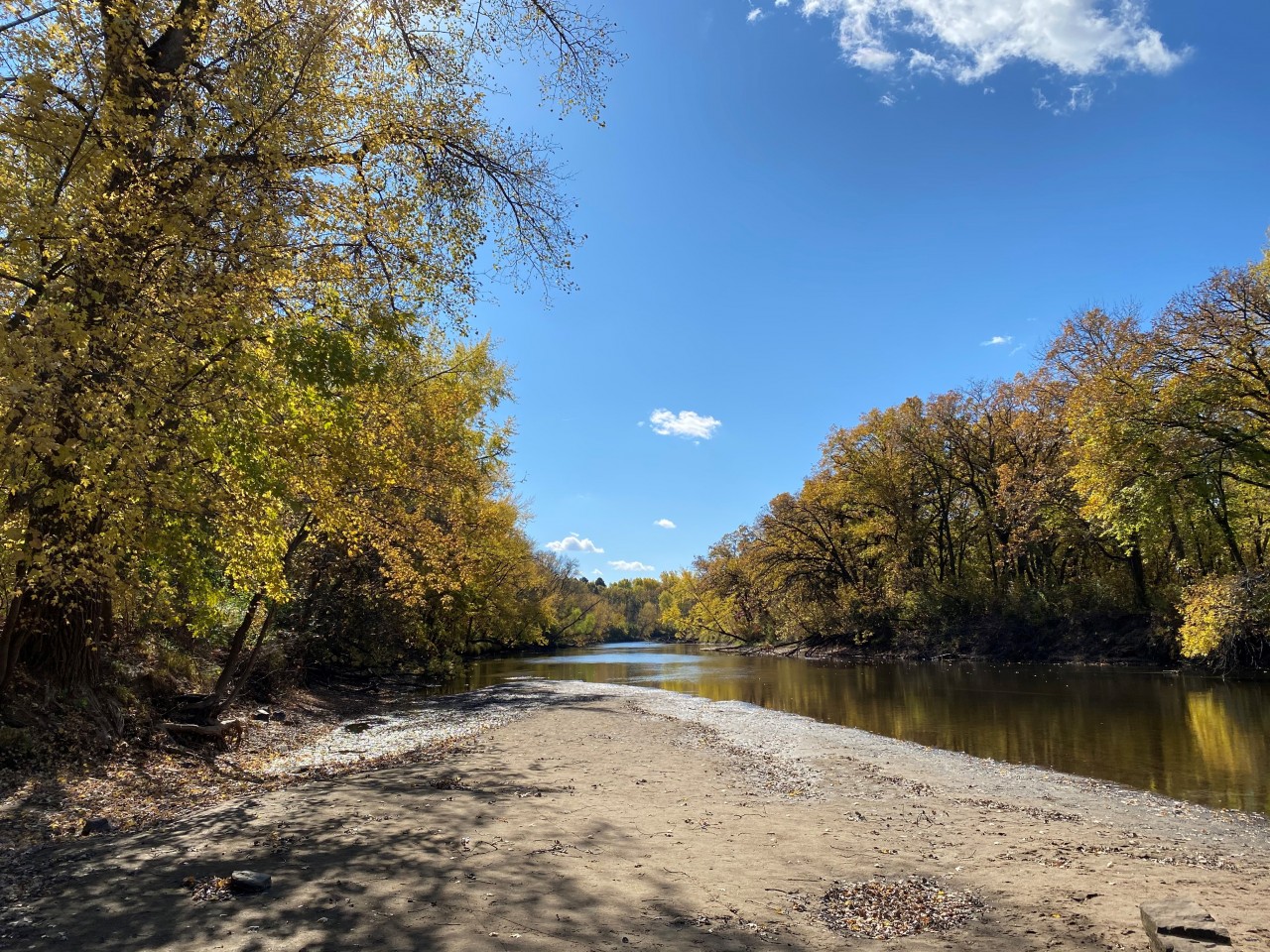 One rain garden and two stormwater pond renovations were completed in November to treat stormwater before it reaches Martin and Coon Lakes. The projects will collectively treat 39 acres of residential development that previously were draining to the lakes with little or no treatment. They will keep 2,100 pounds of sediment and 5 pounds of phosphorus from reaching the lakes each year.

These waterbodies were priorities because both lakes are surrounded by homes and heavily used for recreation. Martin Lake is nearing the criteria for being removed from the State's list of impaired waters. Coon Lake has good water quality but is under pressure.

The rain garden was constructed in cooperation with a residential landowner along Hupp Street. Their property is a key location where drainage from 8 acres converged and entered a catch basin that piped stormwater to Coon Lake. Curb cuts on each side of the catch basin now intercept that water, allowing it to soak into the ground within the rain garden. Pollutant removal is estimated to increase by 52% compared to the pre-project condition. Mulching and planting of the gardens will be delayed until spring 2021 due to cold temperatures early in fall 2020. The property owners will maintain the garden.

The stormwater pond projects are redesigns and renovations of older ponds. Both ponds are on Martin Lakeshore within township-owned property. Both basins had filled with sediment over time and were providing little water quality treatment. Now, the basins are even larger than originally constructed to maximize pollutant removal. Pollutant removal is estimated to increase by 84% and 104%, respectively, at the two ponds. Linwood Township will own and maintain the basins.

These projects are part of a State Clean Water, Land and Legacy grant to the Sunrise River Watershed Management Organization. The Anoka Conservation District is managing the projects. Additional funds remain and will be used for similar projects in 2021.

Collaborators on these projects included the ACD, SRWMO, Martin Lakers Association, Linwood Township, and the City of East Bethel. 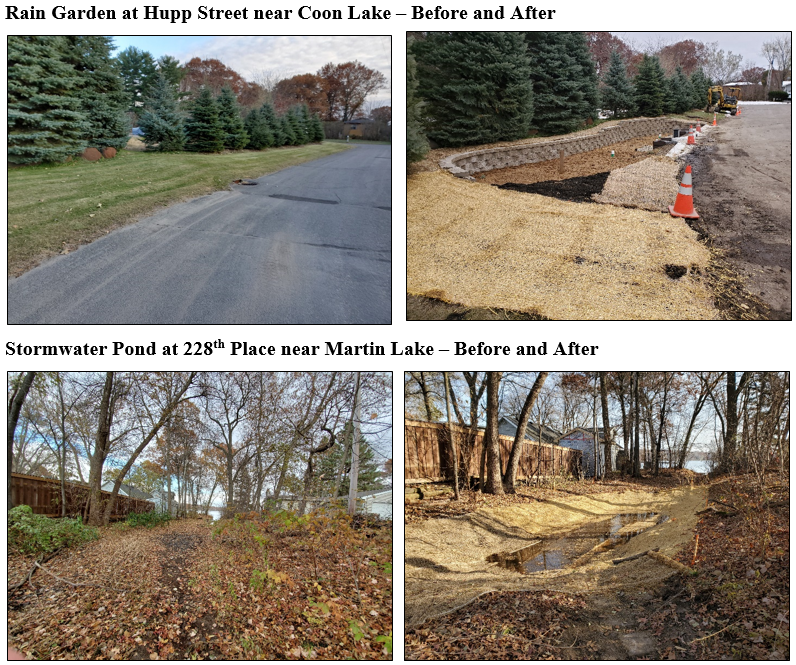 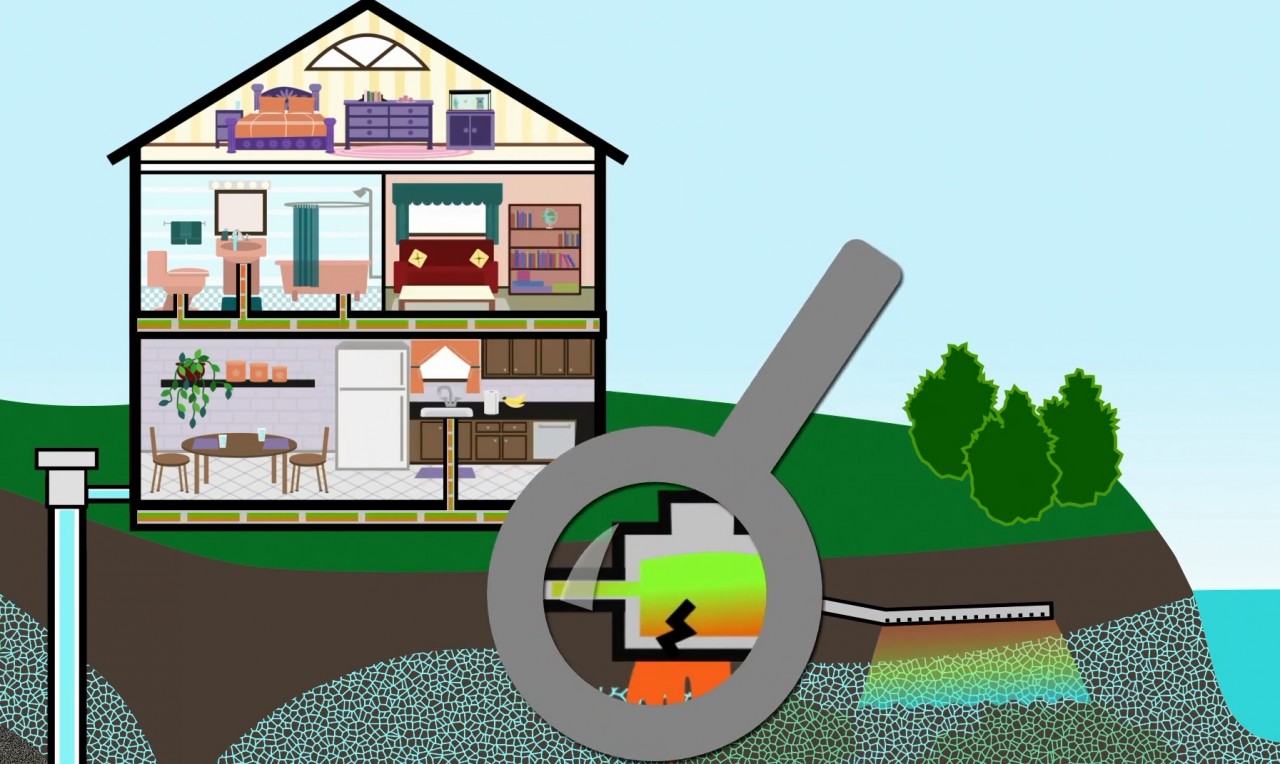 ACD has received news that for the fourth consecutive year we will be receiving Septic System Fix Up grant funds from the MN Pollution Control Agency. The grant funds are directly used to fix non-compliant septic systems where homeowners meet low income thresholds. Enough grant funds are available each year to fix two or three septic systems. For those who don't qualify, several loan programs are available through Anoka County.

For more information about these grants, contact This email address is being protected from spambots. You need JavaScript enabled to view it. or visit this page: Septic Systems 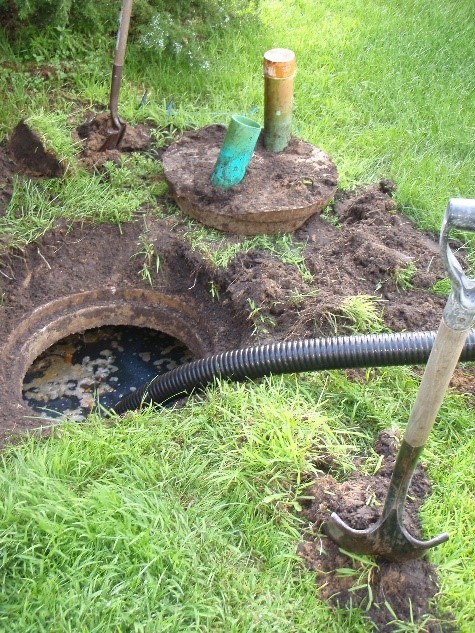 With funding assistance from the Anoka Conservation District, Linwood Township is taking new steps to ensure local lakes, streams and groundwater are protected. The township is beginning implementation of an ordinance requiring septic system inspections before property ownership transfer. The goal is to ensure septic systems are functioning properly because a failing septic can be both a human health and an environmental threat.

All homes and businesses in Linwood Township, except for a trailer park, have their own septic system. The costs for maintenance and repair fall entirely on the owner. Replacing the system can be costly, at over $10,000. Many homeowners would struggle with this kind of cost. Property sale is one of the few times that funds may be available to address a failing septic system. The ordinance also helps protect buyers from a large liability.

In addition to this new ordinance, Linwood also tracks septic system pumping and reminds homeowners when it is due. In this way, the township is able to remind homeowners of this important maintenance that helps avoid more costly problems. Many other communities in Anoka County also take similar measures.

Stormwater Treatment Projects Being Constructed at Coon and Martin Lakes

By the end of September 2020, both Coon and Martin Lakes will have new treatment of stormwater before that water reaches the lake. Two stormwater ponds at Martin Lake are being renovated. One new rain garden at Coon Lake is being constructed.

The two stormwater ponds already exist on the shores of Martin Lake at 228th Place and 230th Avenue (see map). Like a full vacuum cleaner bag, they have captured as much sediment and nutrients as is possible. To call them "ponds" today seems generous. Each will be made deeper than the original design, like replacing an old, full vacuum cleaner bag with an empty, bigger bag. Pollutant removal will be more than 50% greater than when the ponds were originally designed and new. Water reaches the ponds by pipes that capture water from several acres of surrounding neighborhood, including roads.

The rain garden at Coon Lake will capture curbside water that today is piped to Coon Lake without treatment. The curb will be cut creating entrances to the approximately 1 ft deep basin. Sandy soils allow quick infiltration of the water. A special underdrain ensures no standing water. Native plants create a garden appearance. The owner of the property on Channel Lake has agreed to maintain the garden.

Images show project locations and condition of the stormwater ponds before renovation. 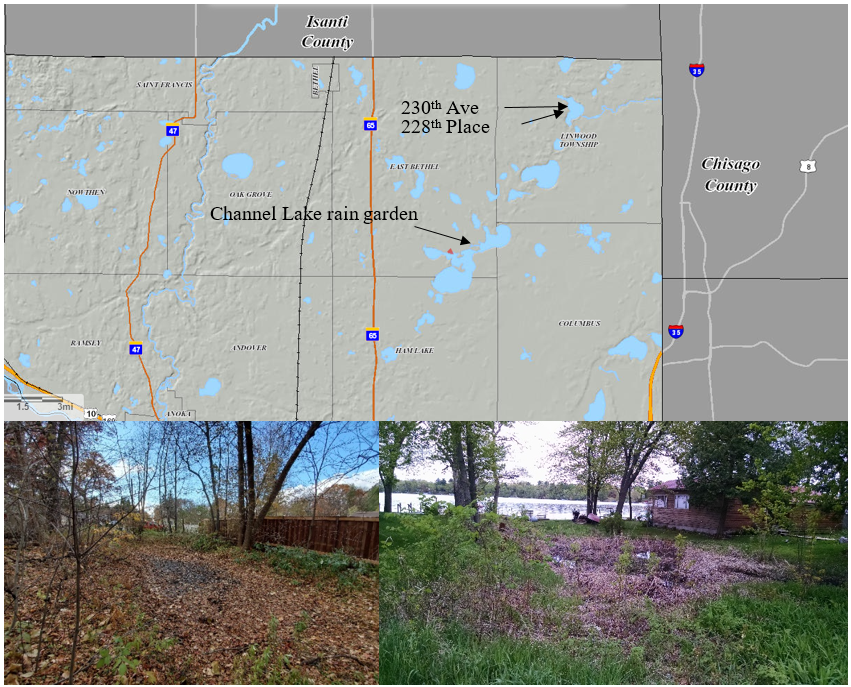